In my previous post, forgot to herald the start of the Fall 2010 anime season! 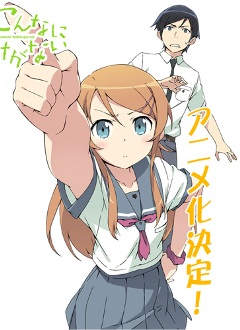 Only 2 series I’m watching have been subbed so far, but, as I’ve mentioned in previous posts, I feel like all the series I’ve chosen to watch are going to be awesome (except probably Sora no Otoshimono), so they are definitely worth calling out now.

END_OF_DOCUMENT_TOKEN_TO_BE_REPLACED

Today, volume 1 of the manga Bakuman was released in the US. I was lucky to notice it when I happened to go to the bookstore. Bakuman is one of my favorite manga, and I’m quite pleased that it’s getting an American release. Bakuman a long-term story of 2 boys who start writing manga when they’re in high school. It deals with learning the trade, juggling the manga with school, dealing with the intricacies of having a published series, and a lot of other random situations. This is the same team who did Death Note, and also the same artist as Hikaru no Go, another series I really liked.

Bakuman is more or less a dramedy, no action or fantastic elements. However, Obata’s art is really distinct, and it’s impressive that his style changes noticeably for all of the different artists in the story. I really like seeing into the industry from the back side, if it’s an accurate portrayal. In addition, the arcs are all pretty down to earth, situations that you can very, very easily relate to, if not necessarily something commonplace. It’s probably not a manga everyone will enjoy, so I’d encourage you to check it out and see if it piques your interest. There’s also an anime adaptation coming out this fall.

While checking to see if the 4th Medaka Box vomic was released, I noticed all 4 parts for the Bakuman vomic have been released already, so I figure I should post it here as well. It’s a plot-based manga, so the vomics aren’t very exciting, but they’re still neat. There’s an anime for it coming in the fall, that’ll definitely be on my watch list. 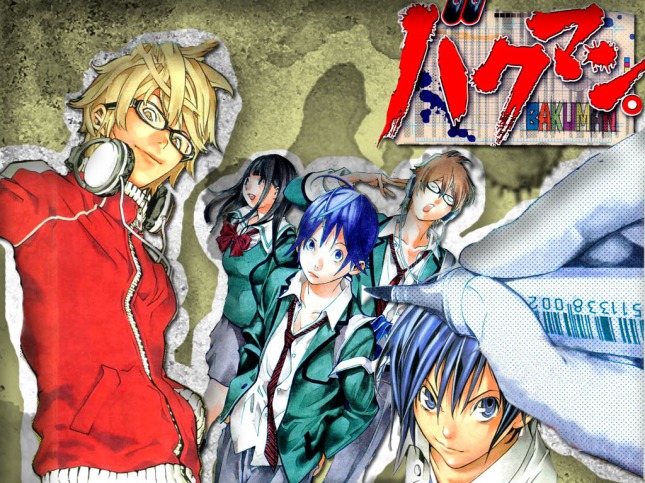 END_OF_DOCUMENT_TOKEN_TO_BE_REPLACED

So I read a lot of manga. I recently read all of Bleach up to the last manga-based arc in the anime, just to see if there were any differences or anything. I noticed that Tite Kubo’s style gets a lot cleaner and more “professional” looking as time goes on, but I still prefer his old style more- it looked more like a comic with the bolder appendages and lips and stuff, a little more “outrageous,” as it were, which I found to be more appealing.