(I’ve had this image saved for a while, randomly decided to use it here.)

Yeah, I haven’t been posting much on here for a while. A few things are to blame.

END_OF_DOCUMENT_TOKEN_TO_BE_REPLACED 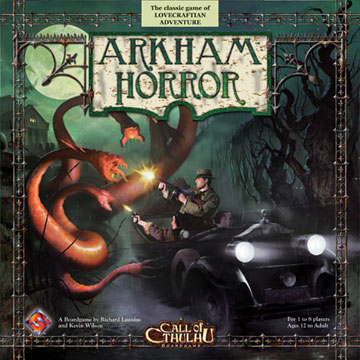 So I remember a little thing Friend Tim used to say: “I don’t like board games… they’re what you do when you’re bored! I don’t like to be bored!” Well, this reporter is bringing you an exclusive story today, about a board game that even Tim is raving about!

This weekend was the Star City Games Open in Minneapolis (standard and legacy). I would have played, except I was busy meeting friends in town from out of state. The highlights of the meeting were dinner (at Peking Garden, haven’t been there in ~3 years!) and Arkham Horror, hosted at Liz’s apartment. If you’ve ever played or seen Dungeons & Dragons pen(cil) & paper, the best one-sentence description for Arkham Horror is “a gateway game to pen & paper RPGs.” If you haven’t… I’ll try to describe it after the jump :)